Byron Bay is a coastal town in northern New South Wales. It is known for its beautiful beaches, carefree hippie lifestyle, sustainable living and of course, its good vibes!

This was my second time visiting the Bay. When I told a few of my friends I was visiting they told me Byron Bay is their favourite place on earth. They weren’t the first people to express this great feeling towards Byron Bay either, but from my first visit I couldn’t quite grasp this notion. Sure, it has sublime beaches and cute cafes, but so do many other coastal towns all across Australia, so why does Byron Bay have such a holy name across the globe?

I visited (again) with open arms and an open mindset to see if I’d missed what all the hype was about the first time..

Over the years, it has become quite the popular holiday destination in Australia. So if I can offer you one helpful tip this whole blog post, it would be DO NOT visit over the new years period!

Byron Bay hosts Falls Festival over the New Years period, which is one of Australia’s biggest multi-day festivals. Meaning there are thousands of tourists flocking to the beaches, cafes, shops and everything else Byron has to offer, which takes away from the thing Byron is most known for- it’s chilled out and relaxed beach vibe.

When I visited, I had a nice time beach hopping, looking through the stores and eating at some of the cafes BUT I didn’t feel relaxed. I mostly felt chaotic, and very hot and sweaty, from everywhere being sooo crowded.

I’ve only been to Byron twice. The first time I was visiting before I went to the Falls Festival, and this time I visited the day before New Years Eve, so in fairness to Byron, I guess it was my own fault for not visiting at a more relaxed period.

I think I’ll have to go back when it’s not the busiest time of the year and I’m sure I’ll be more likely to understand the big hype around Byron Bay, but for now… I just couldn’t quite grasp it. 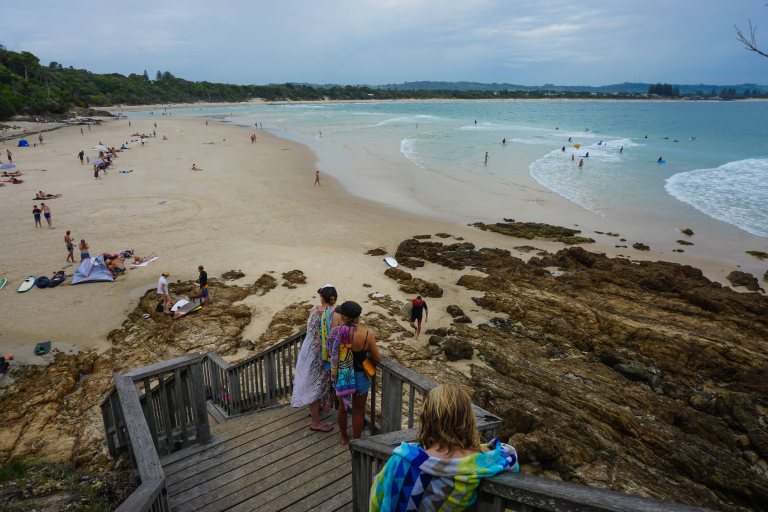 There are lots of healthy and organic food stores and cafes around Byron Bay. Obviously, only being in Byron Bay for one day meant I couldn’t try all of them- but I’ve put together a little list of both places I visited and places I’d love to visit in the future. 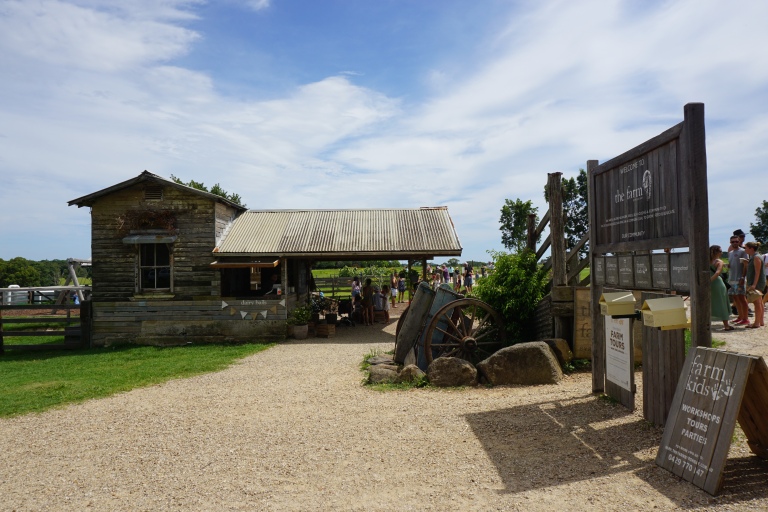 Walk around the main town in Byron and you’ll find some familiar Aussie stores such as Billabong but you’ll also come across some quintessentially Byron options with lots of environmentally-friendly clothing goodness. Find the home to some of the beautiful Byron brands such as Spell Boutique, Arnhem Clothing, and Hope & May, to name a few.

My overall opinion on Byron Bay-

I like Byron Bay. I definitely think if you’re coming to visit Australia, or even if you’re from Australia, it is worth a visit at least once in your life to see what all the hype is about.

However, it is definitely not as amazing as everyone makes it out to be. The beaches are beautiful, but there are SO many other coastal towns all around Australia without nearly as much of a hype, which would be way less crowded and touristy.

Most importantly, when you do visit, learn from my mistakes and visit well and truly out of the Australian summer holiday period- December and January.