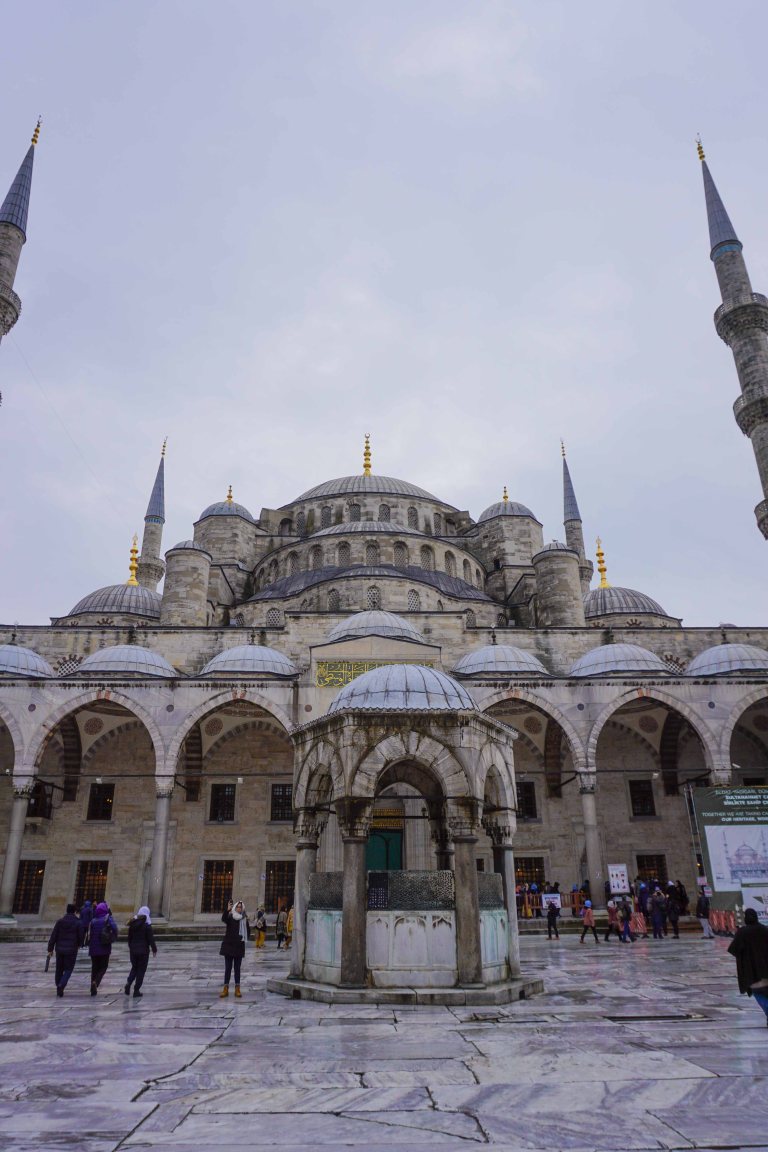 Istanbul is a major city in Turkey, straddling both Europe and Asia across the Bosphorus Strait. While Ankara is the capital city of Turkey, Istanbul is definitely the most popular travel destination in the country.

Istanbul has over 3,000 mosques and a population of 15 million people, excluding tourists, so be prepared for the hustle and bustle, all day, every day. I was also warned it gets far busier in the peak of summer (July and August).

The Old City of Istanbul reflects the cultural influences of the many empires that have ruled there over the years. This includes the Roman-era Hippodrome, the Egyptian obelisks and the Byzantine era which built the famous Hagia Sofia. The second you step into the Sultanahmet area you will be mesmerised by the beauty of the architecture.

Why I decided to go and is it a safe travel destination?

I’d been seeing a lot of amazing pictures of Turkey circulating on my Instagram feed, and my brother had just ended his 9-month travel adventure around the world in Turkey and had an amazing time. He told me how kind the people were, how he felt safe and how delicious the food was. I knew I needed to be in Tel Aviv, Israel by the 23rd January for my program but the one-way flights from Australia were SO expensive, so when I saw a cheap flight to Turkey I thought it was fate and I had to spend a few days there.

Since the 2015 Ankara bombings and 2016 bombings in Istanbul, Turkey has seen a steady decline in tourism. Especially from countries like Australia, as Turkey now has a negative connotation attached to it regarding terrorism. However, I personally felt extremely safe in Turkey and everyone else I met in the hostel I stayed in also felt very safe.

Of all the countries I have visited in the world so far, the Turkish people have been the warmest and most generous people! Waffle-y story time to explain why; My friend I met in the hostel needed to buy a bus ticket to Romania- after getting slightly lost we stumbled across the bus station. We had no common language with the teller but he offered us tea and cigarettes, we used Google translate so he knew where I was from and called his family member living in Australia. Then without us asking, he closed his shop and drove us half an hour out of his way to the train station without taking any money!

To me, this was such a special way to start my new ‘life journey’. The whole time I was freaking out about everything. I was so untrusting; I was anxious that something bad was going to happen, that he was going to kill me and chop me up into tiny pieces and feed me to the wolves (yes, I have a very dramatic imagination but it was possible…) But I learnt he was just being generous, without wanting anything in return because that’s the way the Turkish people are.

I think this was the universes way of teaching me that I need to be more open and trusting to people, right before I came to Israel and met 50 new people I am going to spend the next 4 months with… Kind of cool how things like that in life can just happen at the exact time you need them to. 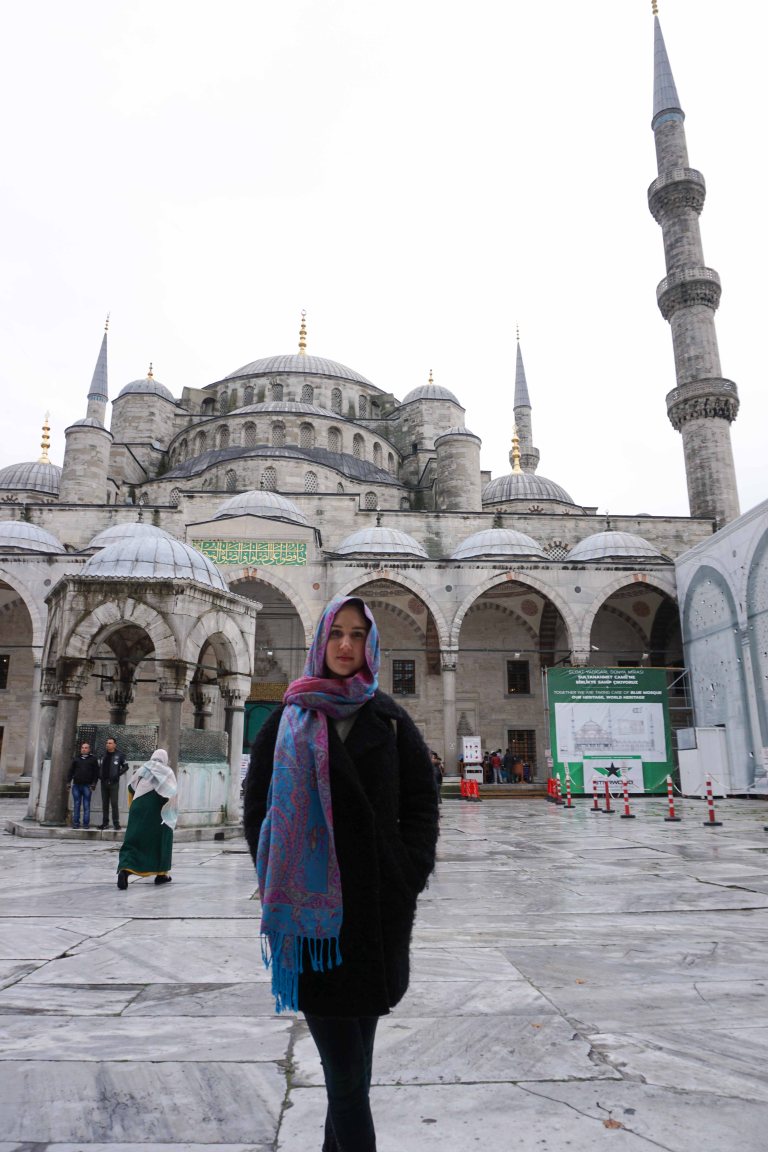 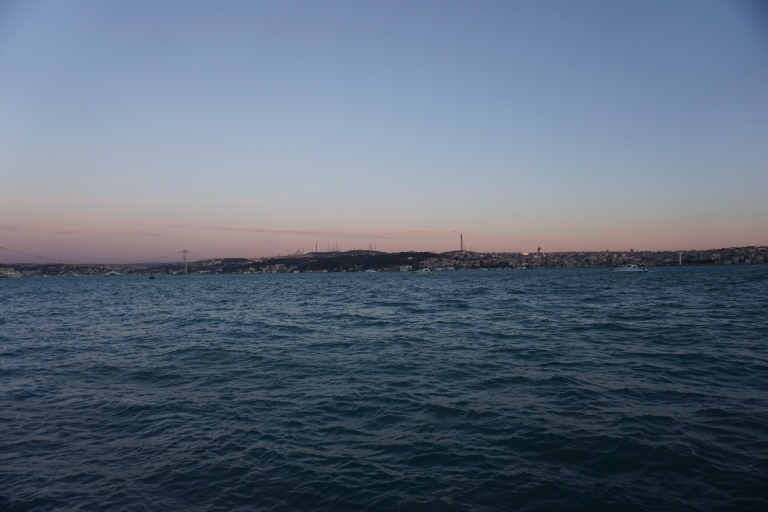 I only had 3.5 days in Istanbul which was definitely not enough! Usually when I’ve spent 3-4 days in a city I feel as if I’ve had enough time to see everything I wanted to. But here, I felt as if I had only tipped the surface on this huge, beautiful, bustling city and before I’d even left I wanted to come back.

I would suggest spending at least 5 days here to really see the city and spend time in the museums while also having time to just sit in the tea shops and enjoy the delicious Turkish tea and coffee.

The Blue Mosque- The Sultan Ahmed Mosque or Sultan Ahmet Mosque is a historic mosque located in Istanbul, Turkey. It is the most famous mosque in Istanbul, located right in the centre of the Sultanahmet area.

Hagia Sophia- This was a Greek Orthodox Christian patriarchal basilica, later an imperial mosque, and is now a museum in Istanbul, Turkey. It faces the Blue Mosque.

Fener Balat- This was one of my favourite areas to explore! It was a little out of the main tourist area, but if you’re a fan of the more hipster, cute and unique areas of a city definitely check this place out! It is filled with colourful houses and cute coffee/tea shops. To get here, walk along the Bosphorus river, or catch bus 99 to Fener.

The Spice Bazaar- Be prepared for loud Turkish men to hail you into their store to buy tea, Turkish delight and spices but it is a must. Plus the Turkish delight was delicious.

The Grand Bazaar- My least favourite thing I visited in Istanbul hands down- but it is a ‘tourist must-do’, so probably dedicated an hour to simply walk around to say you’ve gone.

Topkapi Palace- This is now a large museum. In the 15th century, it served as the main residence and administrative headquarters of the Ottoman sultans. I only walked around the grounds and didn’t go into the museum.

Dolmabahçe Palace- This is located in the Beşiktaş district on the European side of the Bosphorus, which served as the main administrative centre of the Ottoman Empire from 1856 to 1887 and 1909 to 1922. To get here from the Sultanahmet area, catch a tram from Gülhane to Kabatas, then walk along the Bosporus.

Ortaköy Mosque- Keep walking from the Dolmabahçe Palace along the Bosphorus for a while, and you will stumble upon this beautiful Mosque right on the water.

Süleymaniye Mosque- This is an Ottoman imperial mosque located on the Third Hill of Istanbul It is the second largest mosque in the city, and one of the best-known sights of Istanbul as it dons beautiful views over the city. The day I went here it was rainy and foggy, but the view was still nice. I’ll have to come back to see it in clear skies!

Galata Tower- Another boring but note-worthy site in Istanbul. You can pay to go up the tower for views over Istanbul. However, there is the Anemon Hotel right near the tower that you can into for free.

Asian side- I did make it to the Asian side of Istanbul, but only late in the afternoon and we just sat along the Bosphorus drinking tea as the sun went down instead of actually explore the city. So, make a day of it and explore!

There are also a lot of cruises you can go on along the Bosphorus, or day trips to other towns, I just ran out of time! 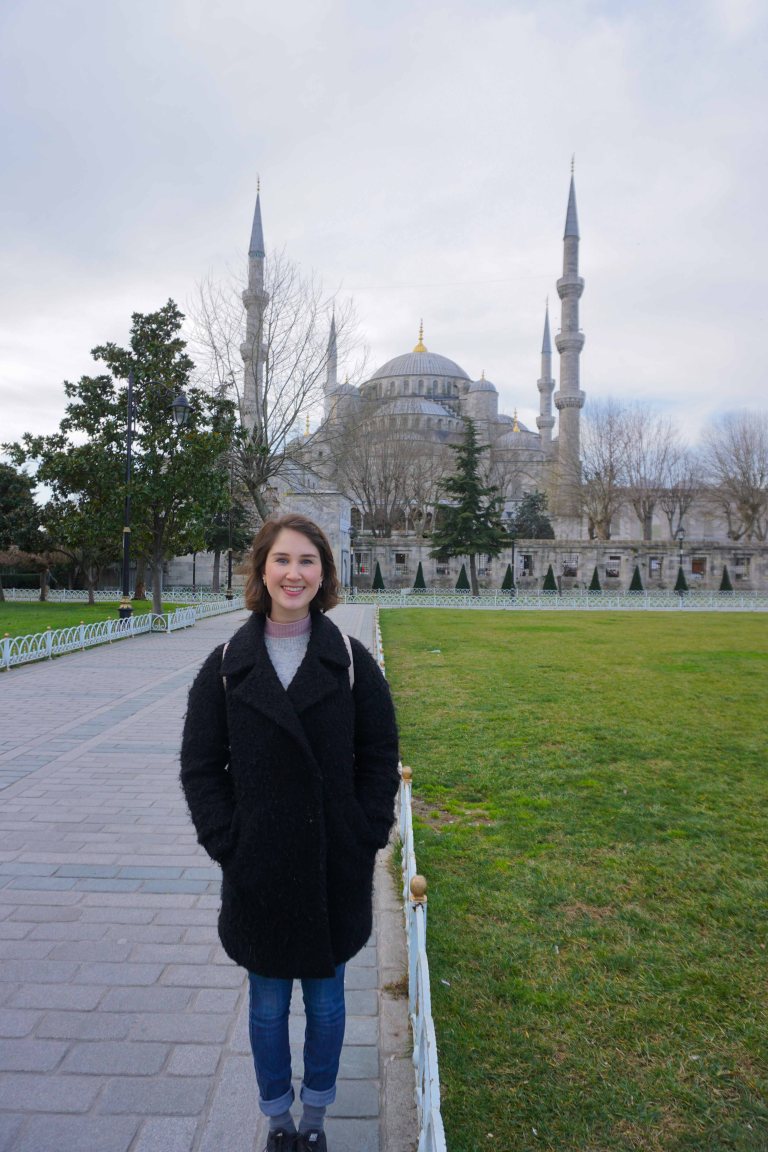 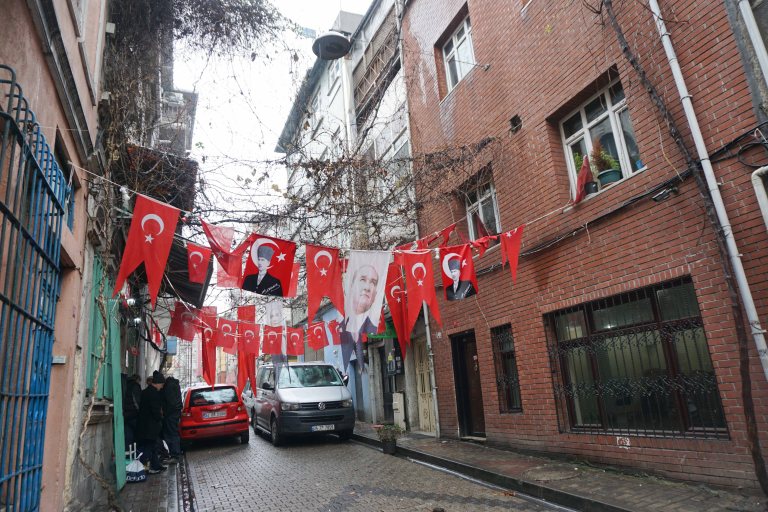 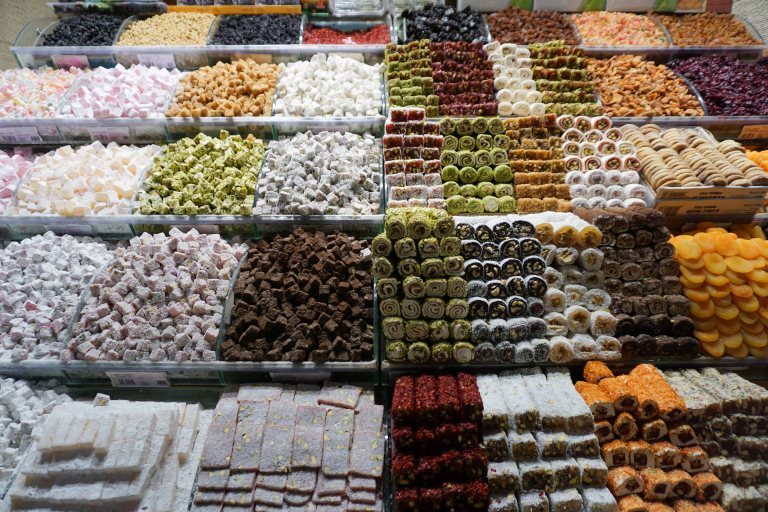 I stayed at Cheers Hostel. The people were so warm and welcoming, and it was in a great location right in the Sultanahmet area. They also provided a free breakfast and airport pick-up/drop-off options which was super handy and not overly expensive. 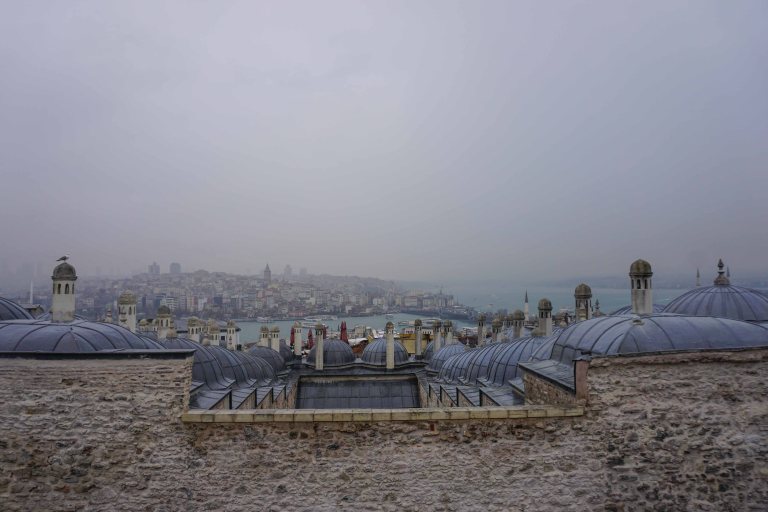 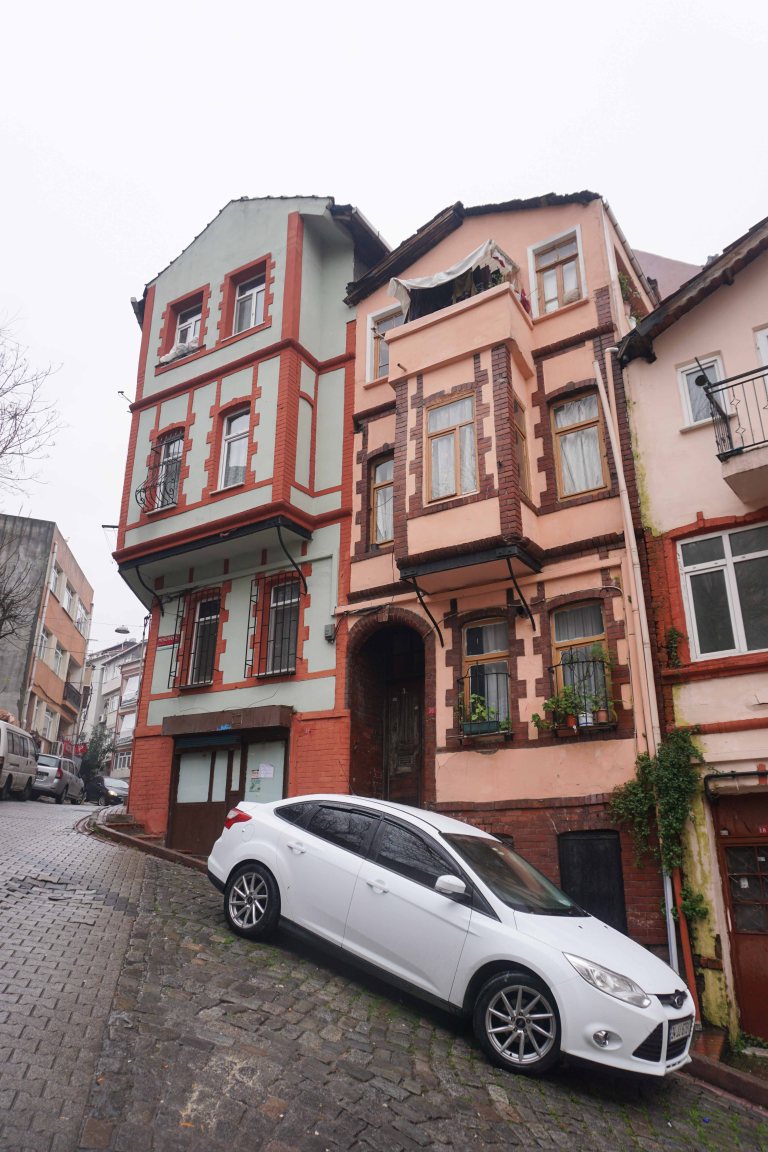 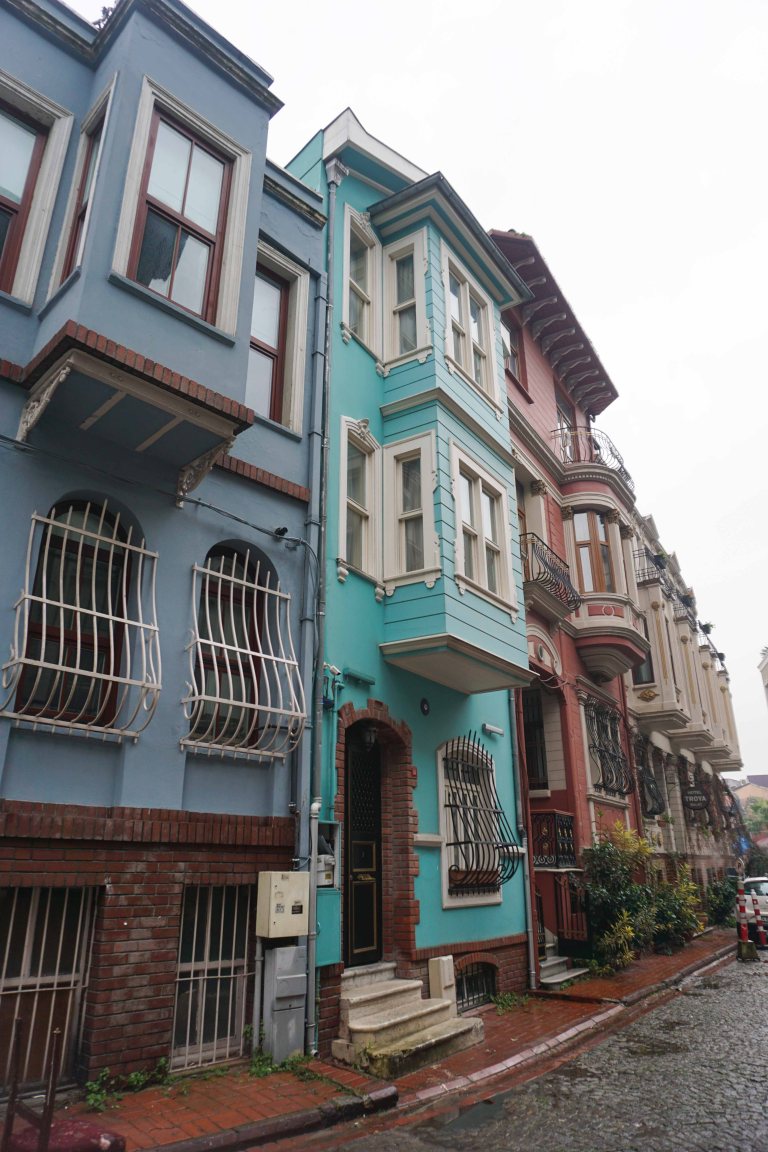 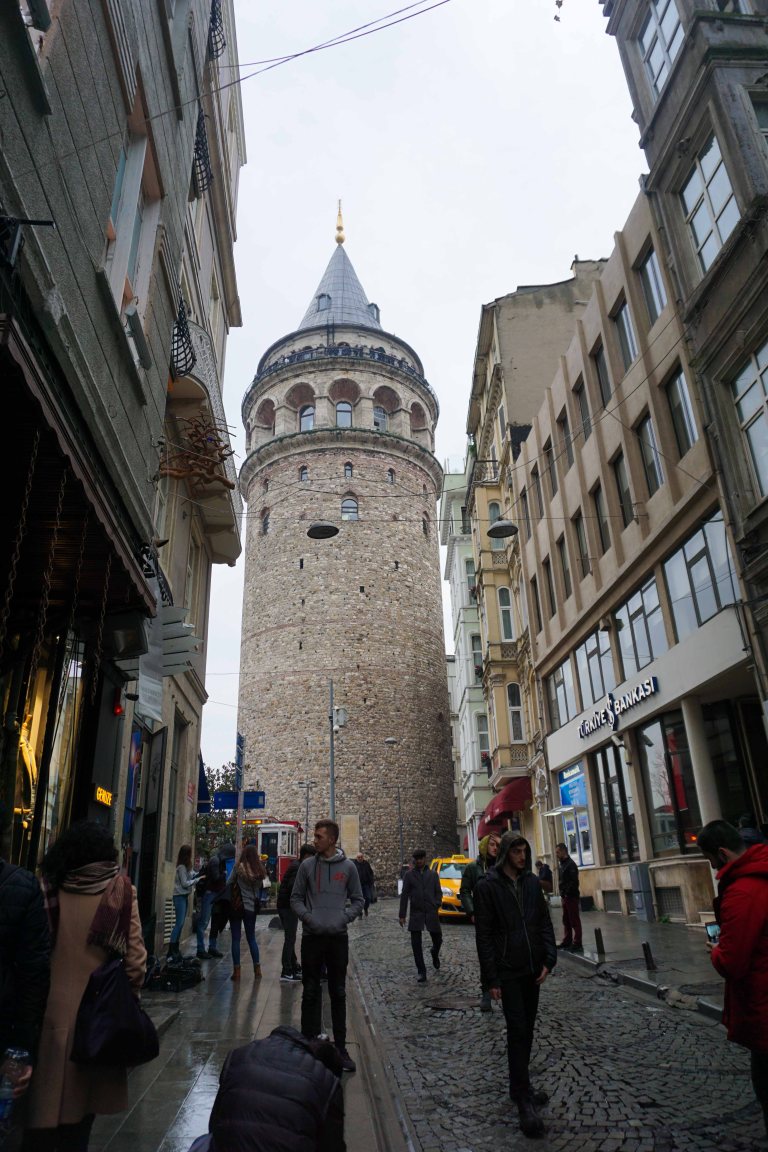 One Reply to “3 days in Istanbul”